Last time, I looked at what I consider the basic demographics of the framebuilding businesses included in my sample – things like the age of the businesses, employees, sales channels, etc.

Now I’d like to turn to what those builders are producing and what this tells us about the U.S. handbuilt segment and its output overall. Later (in subsequent posts) I will talk more about builder livelihoods as well as differences between self-described “full-time” builders and non full-time builders.

How many bikes and frames are being produced in this segment?

Roughly how many bikes and frames (combined total) has your company produced in a typical recent year? 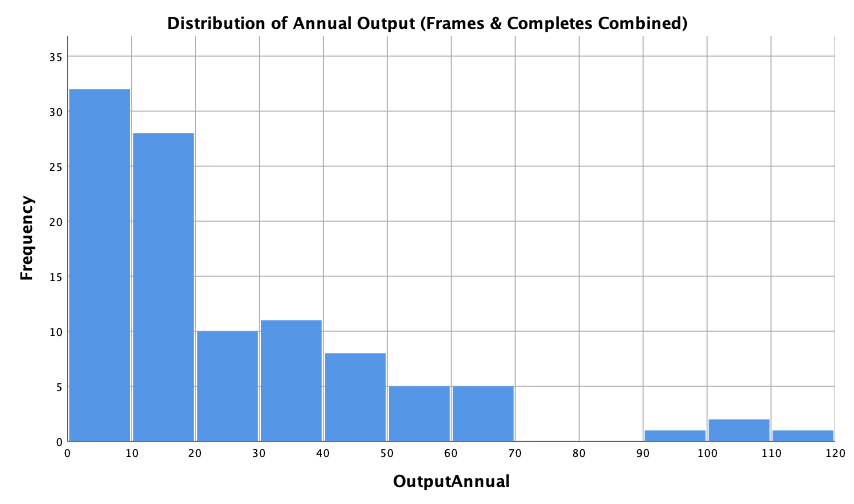 In other words, most of these builders have quite a low output – with the mean being dragged upward by the very small number (4) of builders working in the 90-110 range.

Roughly what percentage of these are sold as:

*Note: the survey only asked for total overall output, and not direct estimates of actual numbers of bikes/frames produced each year. These output estimates are created by multiplying total output by the proportion for each output type.

How much are these bikes/frames being sold for?

The distribution of complete bike selling prices looks like this (frequency being the number of builders reporting that price for a typical recent complete bike): 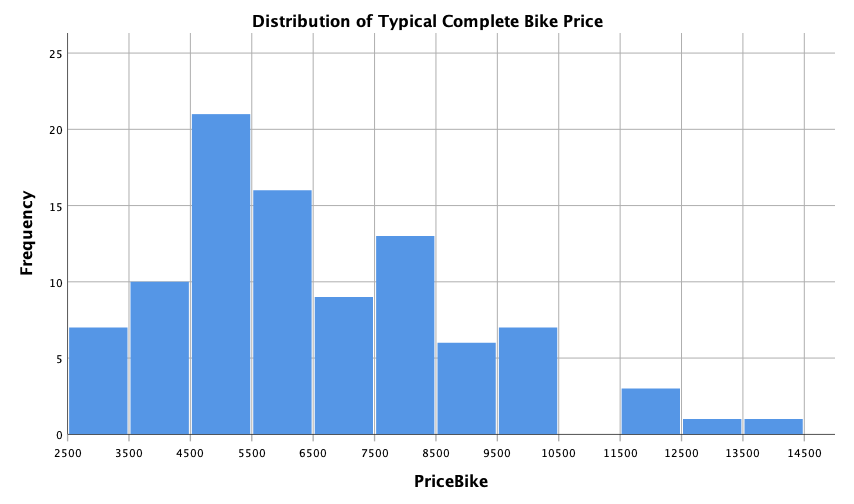 *Note: the survey did not ask the builder to distinguish between a frame and a frameset with fork.

The distribution of frame/frameset selling prices looks like this (frequency being the number of builders reporting that price for a typical recent frameset): 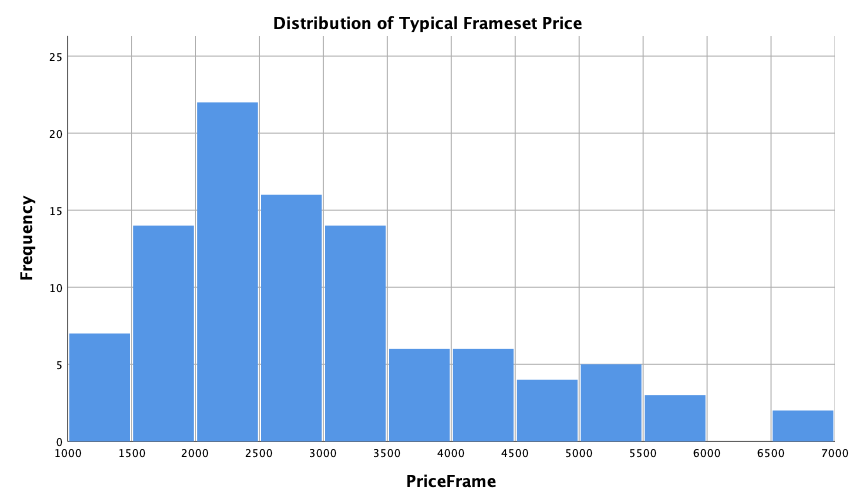 How are these bikes/frames being constructed?

The survey asked builders to indicate which types of joinery techniques they advertised – thus, a single builder could indicate multiple methods.

Along these same lines, the survey also asked builders to indicate which building materials they advertised – here, too, a single builder could indicate multiple materials.

People might wonder about builders offering different combinations of materials. I’ve put together an additional table to show some of this, but interpreting it comes with a caveat: what the cells below show are the percentage of total builders (from the 108 who answered the question) who offer each of those material combinations. So, for instance, one can say “18% of builders offer both steel and titanium”. However, one cannot interpret this to say “18% of builders offering steel also offer titanium”. 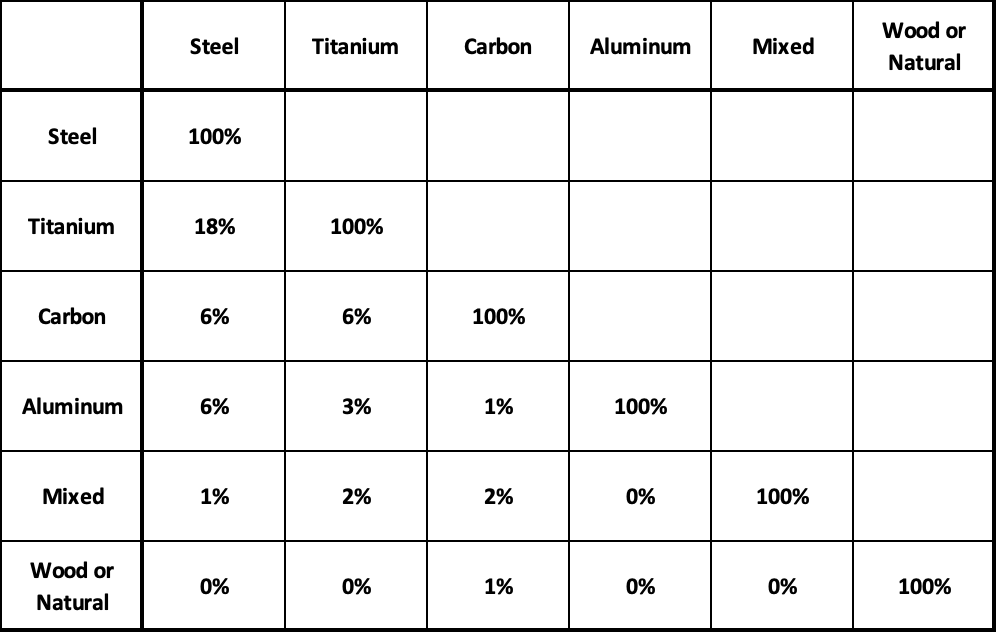 What I think this table shows overall is that:

What kinds of bikes are being built in the segment?

Builders were asked to fill out a matrix table indicating both the different types of bikes being manufactured as well as the relative proportion of their output accounted for by each of these bike types.

In the following table, I show both the number and percentage of builders falling into each category: